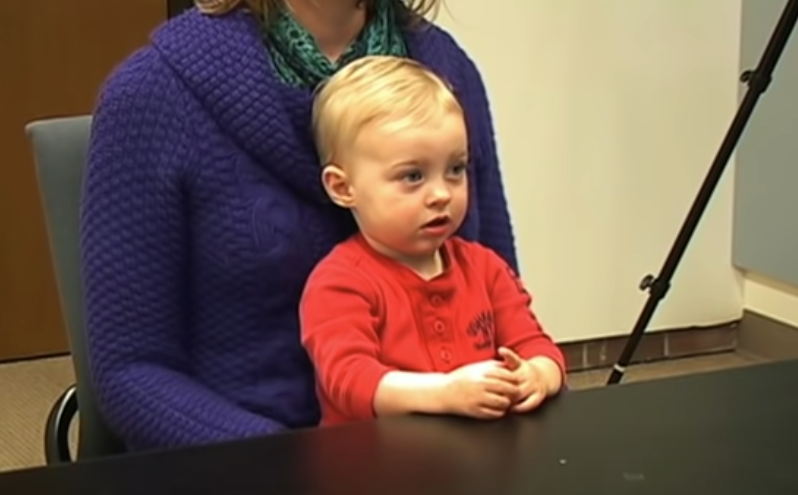 The latest I-LABS research shows that toddlers who watch an argument use that emotional information to avoid making adults angry.

The study, led by I-LABS’ Betty Repacholi and Andrew Meltzoff, shows that children as young as 15 months can detect anger when watching other people’s social interactions and then use that emotional information to guide their own behavior.

“Through studying the roots of social-emotional learning we are illuminating an important aspect of human personality and what helps kids succeed in life and school,” said Meltzoff, co-director of I-LABS. “There’s been a lot of attention on child problem-solving, but if we want to understand what makes kids tick, we need to study their social emotional lives, too.”

The new findings are a step in “shining a light on how infants begin to understand and cope with the drama of human emotions,” Meltzoff added. The study is published in the October/November issue of the journal Cognitive Development, and you can read a university news release on the findings on UW Today.

See the video and then read a description below from the mother who participated in the study procedures.

Want to know more about social-emotional development? Check out “Understanding Emotions,” a free online training module by the I-LABS outreach team. Learn more about it here.

The video above included the son of I-LABS staff member Molly McElroy, communications and marketing manager. Here is how she described the experience:

When I first heard about Betty Repacholi’s latest study and how it was done in 15-month-olds, I couldn’t help but think of the 15-month-old I know best – my son – and how he would he react to the simulated argument. With my husband’s go-ahead, my I-LABS colleagues and I filmed a re-enactment of the experiment using my son and I as participants. We wanted to show what a typical run-through of the experiment is like.

The day of the re-enactment, Theresa Hennings, a graduate student working with Repacholi, met me and my son in the family lobby at I-LABS. It’s a fun, comfy place — like a living room with couches and kids toys. Theresa guided us up to the experimental rooms on the fourth floor, and we sat in another comfortable room well-equipped with toys while she explained to me what the experiment would be like.

Theresa encouraged my child to explore the child-friendly room, while she told me to basically be his “chair” during the experiment, to not to respond to him and if he looks at me I should look away or pretend not to see him. She also said that if he cries or gets upset, that we would stop the experiment and I could console him – that was a comfort to me.

I signed the usual research consent form, and we walked across the hall to another room that contained the experiment set-up. I sat down at a black-topped table with my son on my lap. Theresa sat across from us and reached into a drawer on her side of the table and started pulling out different toys. She was so warm and friendly, and she had his full attention. We did a few warm-up trials during which Theresa held each toy for a few moments and described it, and then handed it to my child. He eagerly took each toy, turned it over in his hands, and put some of them in his mouth.

After this warm-up, Kelly Scott, an I-LABS research study assistant, entered the room. She plays the “Emoter.” My son swiveled when he heard the door open and watched Kelly as she took a seat next to Theresa. Following a script, Theresa introduced her to us and then showed Kelly a strand of plastic beads that made a loud rattle when dropped into a plastic cup. As “Emoter,” Kelly used a loud, angry voice and a stern facial expression and called the action “aggravating” and “annoying.” Theresa responded in a soft, neutral voice, saying that she thought it was “interesting.” Kelly disagreed, calling it “aggravating.”

Holding him in my lap, I couldn’t tell what my son was doing when he watched this interaction. When I saw the video later, I noticed his gaze volley between Kelly and Theresa and he had a concerned look.

Kelly then resumed a neutral facial expression, and Theresa offered my tot the beads and cup to play with.

And this is where I just tried to relax and not influence him, but inside I was just dying to see what he’d do! In the warm up trials, he had not hesitated to take the toys from Theresa and he grinned (and happily drooled) at her while playing with them.

But this time, after seeing Kelly’s simulated anger and then having her stay in the room while he had the chance to play, my kiddo didn’t budge. I kept as still as I could, stifling a chuckle as his arms remained still on the table, his hands just inches from the cup and beads. He didn’t touch them in the 20 seconds the researchers allow for the child to decide whether or not to play. Repacholi later told me that he had remarkable self-control, which is the best compliment I’ve gotten in a while.

We did some more trials and a cool-down without Kelly in the room. Then the experiment was over. The entire run-through lasted about 20 minutes.

Going through this with my child, I was just so astounded and relieved that he did so well. What’s more, as we were leaving I-LABS we saw Kelly again. Did he cry, look worried, or shy away? No. He gave her a toothy, drooly grin, cocked his head to the side (as he does when he wants someone to pay attention to him) and he and Kelly exchanged smiles and laughs. I don’t know if that was his way of telling Kelly ‘No hard feelings,’ but it did reassure me that her anger didn’t leave a lasting impression on him.