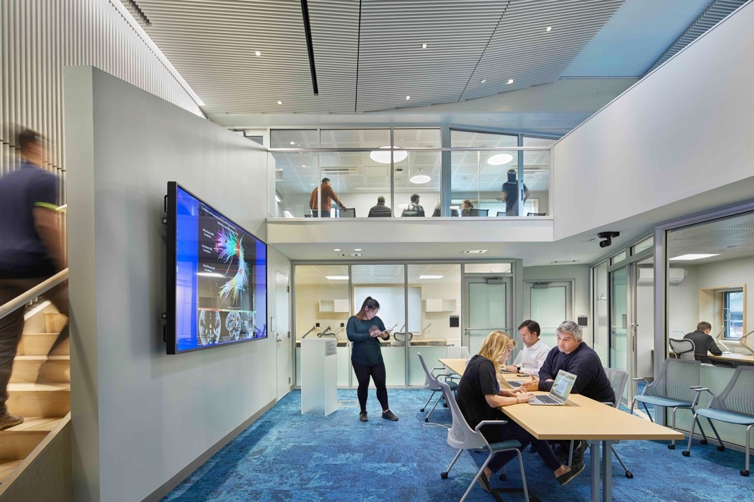 In June of 2017, I-LABS opened the Bill Henningsgaard Brain Studio, a state-of-the-art facility for unprecedented scientific collaboration. The Brain Studio was created through a $3.5 million investment from the UW and private philanthropists. The completed studio space comprises 3,000 square feet covering two levels, and houses a central theatre, collaborative work areas, plus ample office and meeting spaces.

The Bill Henningsgaard Brain Studio enables scientists with a range of expertise to collaborate on the analysis and display of brain imaging data from magnetoencephalography (MEG), structural measures using Magnetic Resonance Imaging (MRI) and measures of the brain's biochemical transmitters using Magnetic Resonance Spectroscopy (MRS). The key feature of the studio is a state-of-the-art video wall for displaying brain data. Scientists can overlay multiple types of brain data from an individual baby’s brain to provide a unique visualization of what happens inside that child’s brain when he or she hears a word, experiences an emotion, problem-solves, or interacts socially with another person. 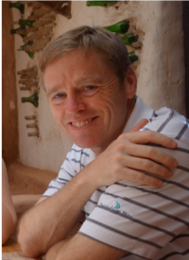 The studio is named in honor of Bill Henningsgaard, who was dedicated to the idea that every child should have the ability to reach his or her full learning potential. It was Bill who co-founded the I-LABS Advisory Board, and recruited key community leaders with deep interests in early childhood learning. Bill was also a key advocate for I-LABS’ successful bid to secure funding for our MEG brain-imaging machine. The machine was a game-changer for I-LABS, opening pathways for extraordinary research and laying the groundwork for the advances the Institute has made in recent years.
The Bill Henningsgaard Brain Studio creates a platform that radically expands the possibilities for I-LABS and the discoveries it is making. The Brain Studio is a fitting and powerful way to honor Bill's legacy and his passion for enriching the lives of all children.

"It is rare, perhaps once in a lifetime, that you meet a fellow traveler like Bill, who had a soft heart, a razor-sharp mind and a soul that touched all of us lucky enough to know him."