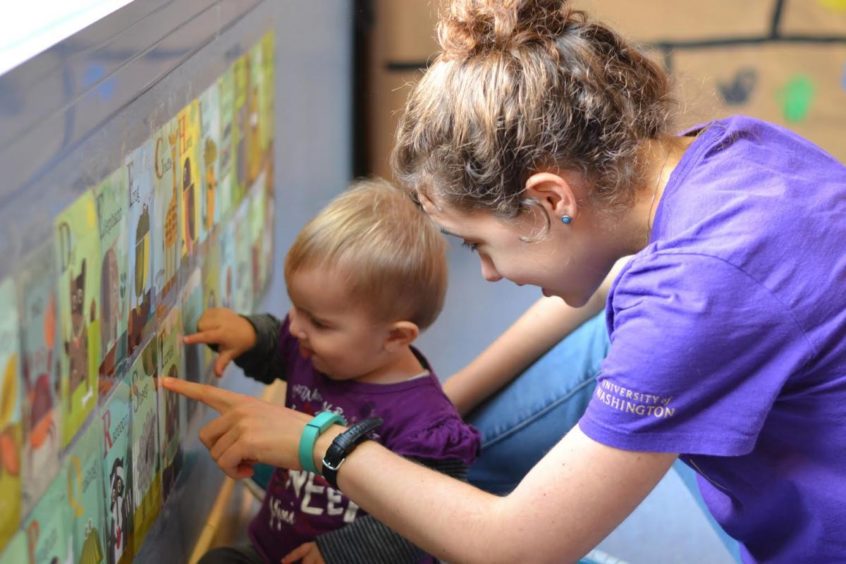 A new I-LABS study shows that babies start developing bilingual skills with one hour of play per day.

Being able to speak two languages has become one of the most desired skills of the 21st century. One common question asked by parents, teachers, and policymakers is: What does it take for babies to start developing bilingual skills?

To find out, I-LABS researchers developed an intensive play-based foreign-language curriculum for infants. The method was implemented in four public infant-education centers in Madrid, Spain. The infants who were exposed to the method for just one hour a day for 18 weeks excelled on a range of measures of foreign language (English) comprehension and production.

“Research shows that the baby brain is fully capable of learning two languages at the same time,” explained Naja Ferjan Ramirez, a research scientist at I-LABS. “The new study indicates that if we take the right science-based approach, very young children start developing bilingual skills, with just one hour of play per day, in the context of early education centers.”

“Parents in Madrid, in the United States, and around the world are eager to provide their children with an opportunity to learn a foreign language early,” said Patricia Kuhl, co-director of I-LABS. “The new results show that bilingual learning is possible for everybody.”