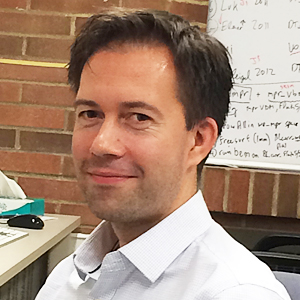 Dr. Samu Taulu is an Associate Professor of Physics at the University of Washington and director of the I-LABS MEG Brain Imaging Center.

Dr. Taulu received his M.Sc. in Finland at the department of Technical Physics at Helsinki University of Technology (HUT) in 2000. He earned his Ph.D. in the field of Applied Mathematics in Technical Physics from the HUT in 2008.

Dr. Taulu began his career at the Low Temperature Laboratory at HUT working on signal processing and calibration methods of MEG instrumentation. Dr. Taulu received his Ph.D. degree while working for the Finnish company manufacturing the MEG devices, Neuromag Ltd. (presently Elekta Oy), focusing primarily on physics-related aspects of MEG instrumentation and signal processing as part of the research and development team. After completing his PhD, Dr. Taulu also worked in project management for MEG applications and software.

The main methods developed by Dr. Taulu and his colleagues have been motivated by the challenges of signal processing of the infant MEG measurements that were carried out in collaboration between I-LABS and BioMag laboratory of Helsinki University Central Hospital, Finland, in 2001. These methods have since then been further developed through international collaboration with medical doctors, neuroscientists, and physicists.

As the director of I-LABS Brain Imaging Center, Dr. Taulu, together with the MEG Team, is aiming to continue developing methods for optimized MEG data quality and to provide strong support for the MEG-based research at I-LABS.