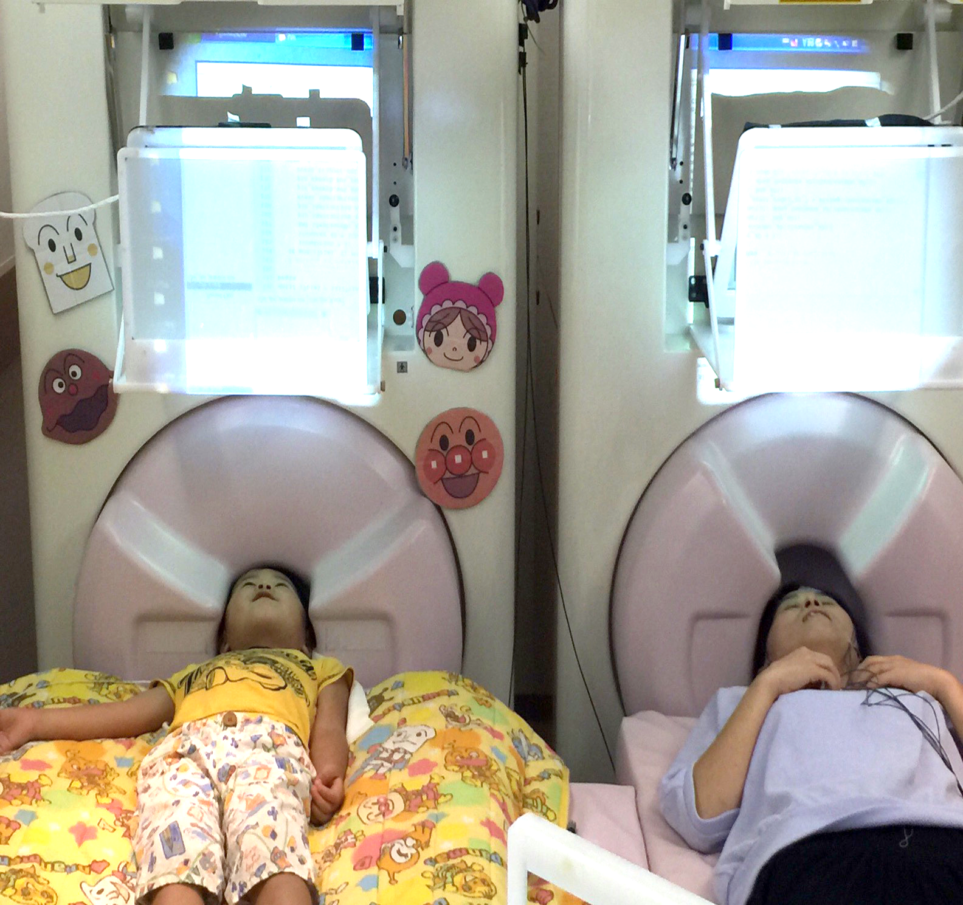 In a world-first experiment, I-LABS, along with Taiwanese and Japanese brain scientists, conducted a study of two-person neuroscience with mothers and their 5-year-old children using two magnetoencephalography (MEG) brain-imaging devices.

I-LABS scientists have shown that verbal turn-taking and imitation are essential for language learning and social development in young children, but how parents and children coordinate their neural activity when taking-turns is unknown. The I-LABS study investigated ‘interbrain synchrony,’ the rate at which neurons fire in two interacting brains, hypothesizing that when a mother and child are in a socially interactive exchange, the neurons in their brains would fire at the same rate. A dual-MEG (magnetoencephalography) set-up in the same magnetically shielded room in Japan was used to measure brain activity from the mother–child pairs simultaneously. Interpersonal neural synchronization was compared during socially interactive verbal exchanges and, as a control, during noninteractive tasks when mother and child both listened passively to pure tones.

Interbrain networks showed increased synchronization during the socially interactive compared to the nonsocial control condition. Enhanced interpersonal brain synchrony was observed in particular areas of the brain—the right angular gyrus, right triangular, and left opercular parts of the inferior frontal gyrus. Moreover, these brain regions appear to be ‘cortical hubs’ that exhibit a high number of interbrain connections. The researchers hypothesize that these cortical areas could serve as a neural marker for the interactive component in verbal social communication. These results advance our understanding of turn-taking verbal interaction between mother–child dyads and highlight the role of social interaction in language learning.

A copy of the published paper in Cerebral Cortex can be found here.