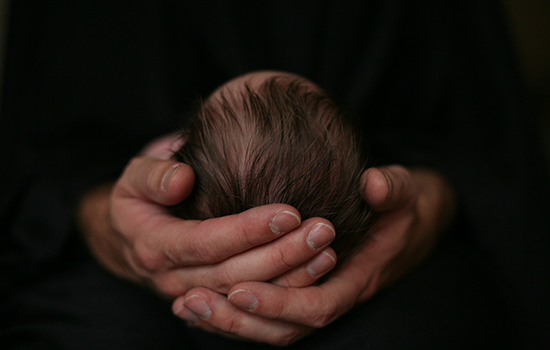 It’s common to want to give babies the best possible start in life, and many parents wonder how early they can begin giving their child enriching, brain-building experiences.

In this edition of Ask I-LABS Outreach we turn to a topic that fascinates most people: how early does learning begin?

I’ve been studying very early learning for decades. I started out studying language development in preschoolers, but noticed that my research questions took me to ever younger ages. I was fortunate to work with researchers who pioneered studies on the recognition of voices and other sounds by babies just hours old—that became my research focus.

I seem to have an intellectual interest in very early development and a heart for the very youngest children. And, one of the greatest parts of my job has been talking with parents and caregivers about how their little ones learn while still in the womb.

Let me take you through the science behind some of the common questions people ask me:

How Early Does Learning Begin?

Once the fetus can hear—by about 25 weeks gestational age, the beginning of the last trimester—there are many sounds available to them that can become familiar through repetition and other sounds that are new. Compared to the senses of vision, smell, taste, and touch, there is much to learn through hearing.

How Do You Measure Learning in the Womb?

After 25 weeks in the womb, the fetus’s ear is developed enough to detect sound, but the parts of the brain that interpret sound don’t develop until later. So it can be hard to measure any sound-related learning that occurs.

Scientists have had to come up with clever ways to measure ever-changing fetal behavior and brain activity. Those methods include measuring:
– Changes in fetal heart rate or movement in response to changes in sound, and
– Newborn responses to sound within hours after birth.

In my studies, babies are given a pacifier connected to a computer that can measure sucks and also deliver sounds based on sucking patterns. They can learn to change sucking to listen to sounds that attract their attention, and they reliably suck to listen to familiar sounds like mother’s voice.

Using this paradigm, we found that newborn babies recognized syllables from their native language but not from a foreign language. The findings suggests that while they were in the womb, they could overhear voices—especially from their mom—and that gave them a jumpstart on learning language.

Patricia Kuhl, co-director of I-LABS, and I published the study in 2012. You can learn more about it in a news release.

This video shows one of the babies in the experiment:

What Can Be Heard in the Womb?

We know from recordings made in the womb that the fetus has a very rich sound environment, which is dominated by its mother’s heartbeat. That rhythm fluctuates with mom’s movement and mental state.

And yes, voices too can be heard in the womb. The mother’s voice is the most prominent, given that it is closest to the baby and travels not only through the air but also through mom’s body.

Other voices, including dad’s, are not as prominent. In fact, studies show that while newborn babies have a strong preference for mom’s voice compared with other unfamiliar female voices, they don’t have any preference for dad’s when compared to unfamiliar male voices. (Sorry dads.)

Fetuses Can Smell, Too

This is kind of wild—unborn babies can probably smell, which gives another sensory experience for them to learn from.

Fluids flow in the womb that contain odiferous chemicals, including foods the mother has eaten. Amniotic fluid will take on a garlicky smell if the mother eats a garlic-laden meal shortly before giving birth.

The mother’s diet is a way to introduce the baby to smells and flavors that will be important in their culture. For instance, in a study in France, researchers asked pregnant women to eat foods flavored by anise. When their babies were just born, the researchers placed scented cloths near their heads, and the babies turned toward the familiar odor.

Other Common Questions About Prenatal Learning

In a future post I will address other questions that often come up, including some do’s and don’ts for how to enrich your baby’s prenatal environment and ways you can interact with your baby while she’s still in the womb.

About the Author:
Christine Moon, Ph.D.
Moon is a visiting scientist at I-LABS and an affiliate associate professor in the UW Speech and Hearing Sciences Department. She recently retired from Pacific Lutheran University, where was a professor in the psychology department. For over 30 years she conducted studies with babies in the hours after birth on what they can learn from sounds in the womb and how that may affect them as they begin postnatal life.

See Previous Posts
How Can I Make My Child Exceptionally Smart?
What’s the Big Deal About Screen Media?
How Similar is Theater to I-LABS Research?
How Do Babies Learn Two Languages at Once?
What are the Benefits of Reading to Babies?
Finding Surprising Moments to Read to Kids