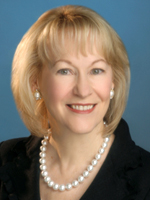 Dr. Patricia K. Kuhl holds the Bezos Family Foundation Endowed Chair in Early Childhood Learning, Co-Director of the UW Institute for Learning and Brain Sciences, and Professor of Speech and Hearing Sciences at the University of Washington in Seattle. She is internationally recognized for her research on early language learning and bilingual brain development, for pioneering brain measures on young children, and for studies that show how young children learn. She presented her work at two White House conferences (Clinton White House in 1997 and Bush White House in 2001). Dr. Kuhl is a member of the National Academy of Sciences, the American Academy of Arts and Sciences, the Rodin Academy, and the Norwegian Academy of Science and Letters. She is a Fellow of the American Association for the Advancement of Science, the Acoustical Society of America, the American Psychological Society, and the Cognitive Science Society. Dr. Kuhl was awarded the Silver Medal of the Acoustical Society of America in 1997. She received the University of Washington’s Faculty Lectureship Award in 1998. In 2005, she was awarded the Kenneth Craik Research Award from Cambridge University, and in 2007, the University of Minnesota’s Outstanding Achievement Award. In Paris in 2008, Dr. Kuhl was awarded the Gold Medal of the Acoustical Society of America for her work on early learning and brain development. In 2011, Dr. Kuhl received the IPSEN Foundation’s Jean-Louis Signoret Neuropsychology Prize, and in 2013 the William James Lifetime Achievement award. In 2014, Dr. Kuhl was awarded an Honorary Doctorate from Stockholm University, and in 2015 the George A. Miller Prize in Cognitive Neuroscience. Dr. Kuhl received the American Psychological Association’s Distinguished Scientific Contributions Award in 2018, and received an Honorary Doctorate from the Erikson Institute in 2020. Dr. Kuhl is co-author of The Scientist in the Crib: Minds, Brains, and How Children Learn (Harper Collins). Dr. Kuhl’s TED talk can be viewed at: http://www.ted.com/talks/patricia_kuhl_the_linguistic_genius_of_babies.html