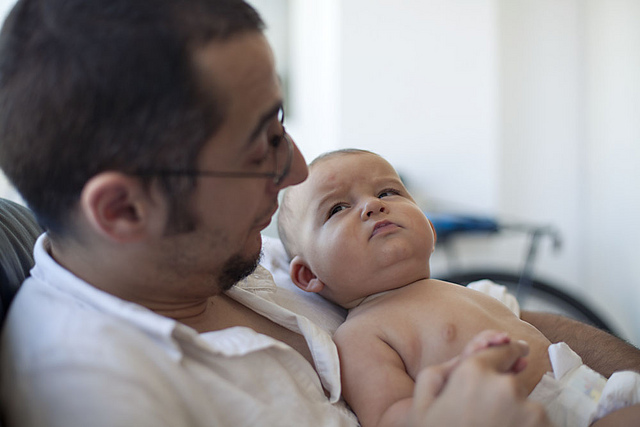 A new finding was published in the July 14, 2014 issue of the Proceedings of the National Academy of Science. Research in 7- and 11-month-old infants shows that speech sounds stimulate areas of the brain that coordinate and plan motor movements for speech.

This suggests that baby brains start laying down the groundwork of how to form words long before they actually begin to speak.

The study has social implications, suggesting that the slow and exaggerated parentese speech – “Hiiiii! How are youuuuu?” – may actually prompt infants to try to synthesize utterances themselves and imitate what they heard, uttering something like “Ahhh bah bah baaah.”

The research was conducted in the I-LABS MEG Brain imaging facility.

PNAS is one of the world’s most-cited multidisciplinary scientific journals. Since its establishment in 1914, it continues to publish cutting-edge research reports, commentaries, reviews, perspectives, colloquium papers, and actions of the National Academy. The online version now receives over 21 million hits per month.