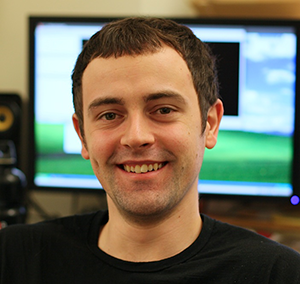 Dr. Larson is a Research Scientist working with Dr. Adrian KC Lee on studies of auditory attention. Before coming to the Institute, he earned a Ph.D. in biomedical engineering at Boston University with Dr. Kamal Sen. Dr. Larson's research interests focus on how people are able to voluntarily switch attention between different auditory sources. His research explores what areas of of the brain are involved in switching attention. In his current work, he is looking at what cortical networks are involved in switching between two sound streams that are spatially separated.

Eric's research at I-LABS is funded by an NRSA postdoctoral fellowship, awarded through the NIH-National Institute on Deafness and Other Communication Disorders